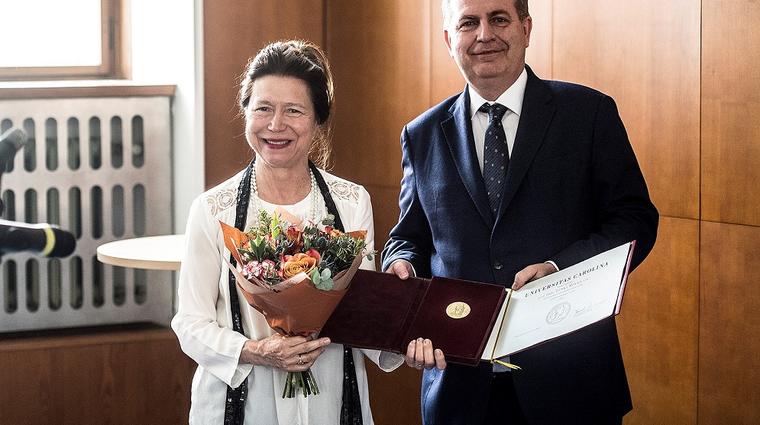 “I am pleased that over the last six months the university leadership has complied with my proposals for the award of three important women who contributed to our faculty and made it as it is: open, developing current knowledge and internationalized,” said Dean Alice Němcová Tejkalová, adding: “At the same time, I believe that their enthusiasm for the field as well as for serving the public and the academic community will be inspiring for future generations of their successors.”

At the faculty level, Professor Rovná is a founding member of the Faculty of Social Sciences and the Institute of International Studies, where she stood at the birth of three of its departments - the Department of Russian and Eastern European Studies, the Department of American Studies and the Department of (Western) European Studies. She is a long-time member of the Research Board. She has significantly contributed to the involvement of the institute and the faculty in the international research community through significant projects, including the prestigious Jean Monnet Centre of Excellence. “I really appreciate the award, also because there are three great loves of my life: my grandchildren from Paris, Europe and my alma mater,” said Professor Rovná when accepting the award.