A. Němcová Tejkalová and A. Shavit awarded by the CU Research Board 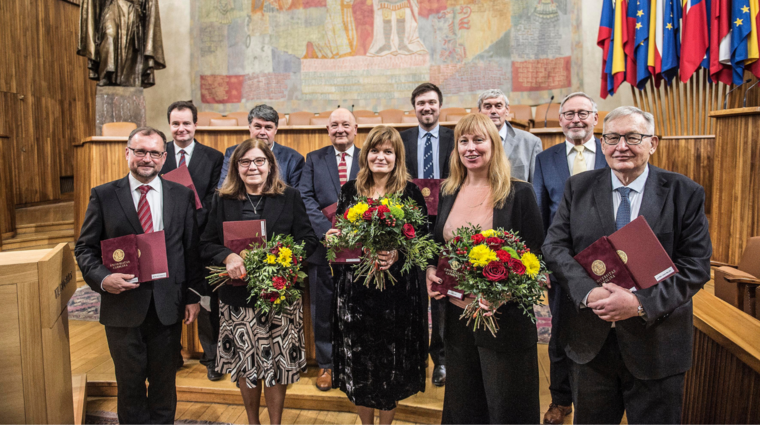 A. Němcová Tejkalová and A. Shavit awarded by the CU Research Board

On Thursday, December 16, the Research Board of Charles University awarded eleven important personalities of Charles University who contribute to its development and whose lives are significantly connected with Charles University. The commemorative medal was awarded by Rector Tomáš Zima. Among the awarded are the Dean of FSV UK Alice Němcová Tejkalová and the lecturer at the Institute of Communication Studies and Journalism Anna Shavit.

Alice Němcová Tejkalová graduated in journalism and media studies at the Faculty of Social Sciences, and has held the position of dean since 2018. She specializes in the analysis of the state of journalism in the international project Worlds of Journalism Study (WJS). Since July 2019, she has been the co-coordinator of the Central and Eastern European region at WJS. She also specifically focuses on the topic of disabled athletes. From 2000 to 2017, she worked as an internal and external editor, moderator, script editor, screenwriter, and director in Czech Television. She was a member of the Rector's Board of Charles University (2014–2018) and in 2015–2018 she was the director of the Institute of Communication Studies and Journalism at the Faculty of Social Sciences, Charles University. After the unexpected death of Associate Professor Filip Láb, she decided not to run for the position of Dean again and returned to the ICSJ Department of Journalism. In connection with her award, a laudatio was read at the ceremony, which was written by doc. Barbora Osvaldová. Anna Shavit is a graduate of Masaryk University. Since October 2011, she has been working as an assistant professor at the Department of Marketing Communication and Public Relations of the Institute of Communication Studies and Journalism, Faculty of Social Sciences, Charles University. Her domain is primarily the issue of political marketing, management, implementation and analysis of presidential and election campaigns. She worked as the editor of Lidové noviny. She was a Fulbright Fellow at Columbia University and volunteered for Hillary Clinton's presidential campaign. Since May 2019, she has been a member of the Rector's Board, where, in addition to marketing and public relations, she also deals with the topic of sustainable development. She participated in the development of nakarlovku.cz website, which is aimed at applicants. 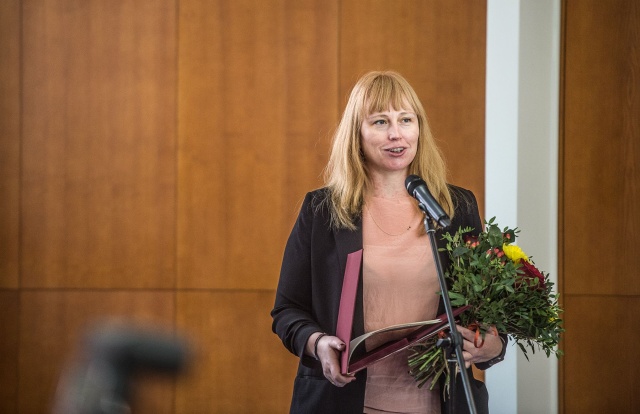