Interview with the Historian Kateřina Králová

“Our graduates speak up to seven languages,” says the Head of the Department of Russian and East European Studies Kateřina Králová

An interview with Kateřina Králová, the Head of the Department of Russian and East European Studies at the Institute of International Studies discusses students’ career prospects, her ongoing book project and the diversity of academic work. 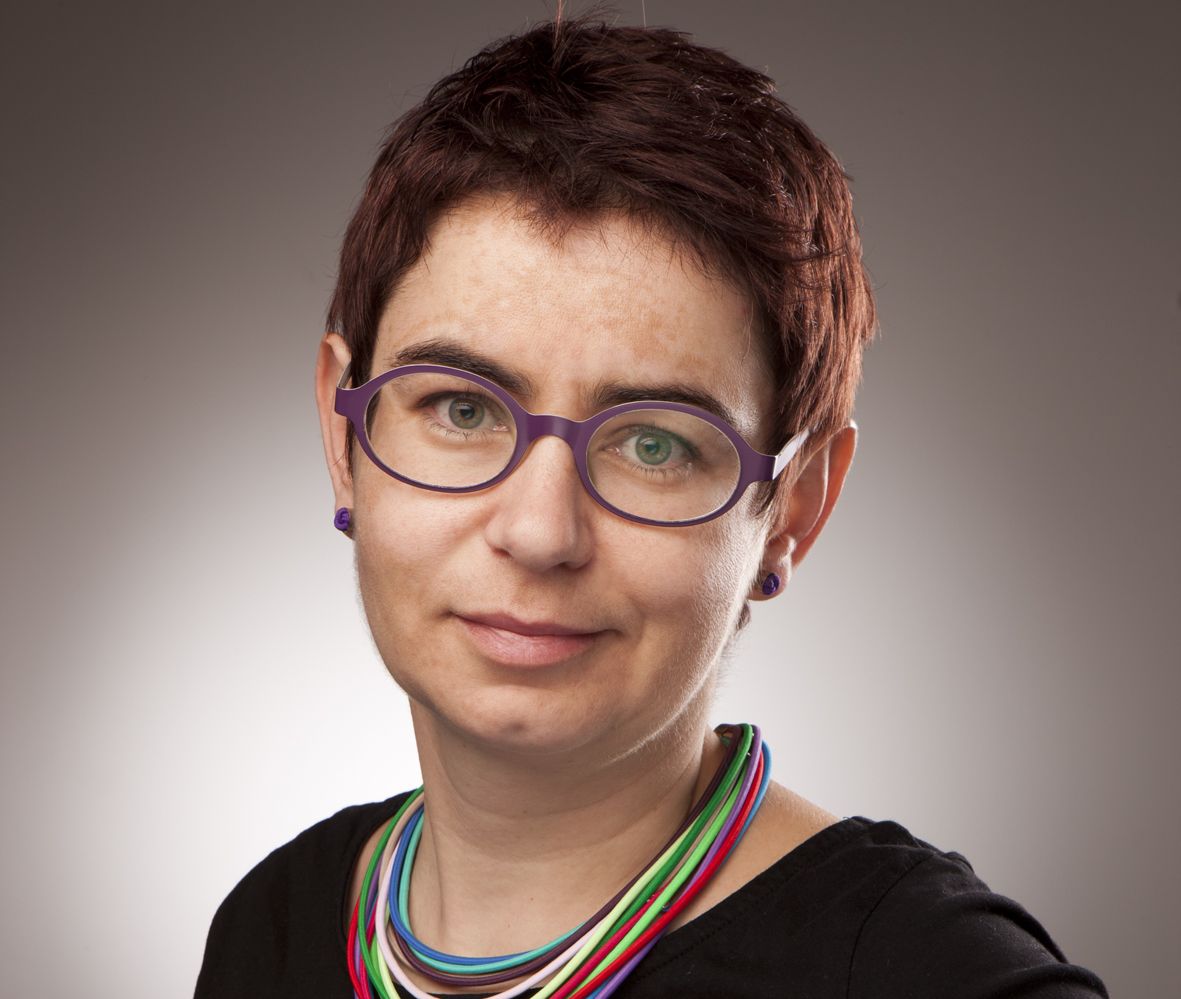 When I look at the survey of your publications and projects, I can see that they are linked through an interest in the aftermath of the war. What has brought you to this issue?

Already in high school, I was fascinated by the way that we learned about history. Some bloody event - let’s say a war – would be going on, and at some point it was over. This was followed by a more or less beautiful period of peace, which then deteriorated into another conflict. The very end of conflict, one with a shiny future full of peace, was something I was always curious about. I sort of asked myself how it was possible, after a period of such violence and repression, to simply say the war was over and, from now on, we are cool.

What exactly do you examine?

I inquire into how people cope with the consequences of an armed conflict, one that has an impact on a whole society. I address the issue of a post-conflict and its development over time. During the armed conflict, most people live at the present moment. They are particularly interested in how to survive, not only they themselves but often with their families and children. It is only when the conflict is over that they look back, calculate the damages and wait for their relatives to return, if they even return at all. A lot of situations arise: they may think that they will reconstruct what’s left in their country from the ashes and suddenly realize that it’s impossible, so they decide to go elsewhere. Or, on the other hand, they might decide to never return home after the conflict. And this is connected with the issue of post-conflict migration, reconstruction, identity, trauma, etc. But don’t get me wrong, I’m concerned with present conflicts only as an engaged citizen. I’m a historian and, therefore, I only deal with scholarly issues in the past.

Currently you are writing another book. What will it be about?

It is dedicated to the Holocaust survivors and the trajectories of their return. I have been working on the topic for almost twelve years, and I am finalizing the book at this time. It is a big challenge for me - it will be a text in a foreign language that is intended for both academic staff and the general public.

How did the book originate?

I first started thinking about its inception during one of my projects. At the Faculty of Mathematics and Physics at Charles University, there is a very well run branch of the Visual History Archive. It contains over fifty thousand records of Holocaust testimonies, from almost sixty countries. The problem was the variety of languages these testimonies were done in. However, being at the Institute of International Studies is great in that we place great emphasis on active language skills in our classes. So, I had a cohort of young, amazing people, and every one of them could speak the language of at least one specific country - Romanian, Hungarian, Polish, etc. We could thus cover Southeastern and Middle Eastern Europe and the German-occupied part of the Soviet Union. As far as I know, this is the only project in the Visual History Archive designed this way, as nowhere else is there were people who could handle such a diverse range of languages.

I can see that emphasis on the knowledge of languages is really great.

Yes, the graduates of our Master's program have an active knowledge of four languages. First, we put an emphasis on a knowledge of English - it is a language they can’t do without in their studies. Most of the socio-scientific sources are in English. Students choose another language as their second one, which is used in communication in the field of science. In the case of our department, it is mainly French, German and, of course, Russian. And then students choose regional languages according to their focus. It is interesting to see that if you know the first three languages, you learn the others much more easily. Our graduates can then often end up knowing seven languages.

Which countries do your students visit most frequently within the course of their studies?

Our students have an incredibly wide range of study stays abroad offered within Erasmus. In addition to the classic Erasmus primarily oriented towards the European Union, they can travel to the Balkans, the post-Soviet space, etc. thanks to the mobility programs and on the basis of bilateral relations. We encourage students to go to a country that lies at the center of their academic interest. Knowledge of the language itself is not enough. Our priority is to make students familiar with the country's culture, history and society, and to be able to continue to work with this knowledge. When students go to the region, they are typically in contact with academic staff who know the given region and are thus able to help them become introduced to their academic environment, advise them methodologically or to simply show them how to get the feel of things.

Students also gain a different view of different topics in another country. Wouldn’t you say so?

Yes, I would. We want them to assume not only practical experience in a region but also a different academic perspective. Students can leave within their studies to the German university in Berlin, Munich and Regensburg, or even to Britain to study at UCL – for us, these are academically important universities outside the surveyed region since they also focus on Eastern Europe and the Balkans. Only then is the academic experience compact. A pure academic view will not allow you to gain experience in the region in the field, and at the same time, when you are in a country that is the focus of your professional interest, it quite often happens that you put your heart and soul into it. And to take a step back from your own impressions, it is good to have a view from elsewhere, from where the region is being explored.

Where do your graduates most often go into practice?

I have a special designation for it, which I call the “three A’s”: analyst, activist, academic. An analyst can mean everything imaginable – ranging from the employees of large corporations, who have top-level knowledge of a particular region and the employees at the ministries or international organizations to the employees at the embassies, who are also able to accurately analyze the local situation with their knowledge of the regions.

A lot of students are intrigued by the nonprofit sector. Their experience from the regions we have surveyed helps them to orient themselves in the crisis areas and work with disadvantaged groups. They have the necessary general overview on the legal as well as social and economic level.

Finally, part of the students will definitely continue on to pursue their PhD studies, but this does not automatically imply an academic career. They can become researchers in museums, galleries and archives, or they can establish think tanks, etc. This does not meet the stereotypical idea of an academic locked up in his/her office. By the way, this is not the way we are at our institute (laughs).

The job opportunities of your graduates are really diverse. Apart from the knowledge of languages, what other skills do you think your graduates could apply across all of these areas of practice?

I think it’s a general ability to critically approach sources of information. For example, when examining a correspondence sent from a camp, for example from Auschwitz, you must interpret it through the knowledge of the fact that it was written under censorship. Then you compare it with information about the actual functioning in the concentration camp. So you know the information from the contemporaneous news about this or that institution, and then you see the letters in which the prisoners write, how great they are, because they do not want to scare other relatives or are simply not allowed to write negatively. And yet they do manage to encrypt warnings in those messages that may be understood just by you.

What comes to my mind is a typical allusion to the greetings from the relatives about whom the family outside the camp knew were already dead.

Yes, there are a lot of memoirs that mention the letters from the deported to their relatives containing greetings from a grandmother who was long after her death. But none of them could grasp it because the extent of the murder in the extermination camps could simply not be imagined by anyone at that time. It is still necessary to keep in mind that we are currently drawing on the knowledge and experience which we have now, but nobody had it at that time. Historical events must, therefore, always be considered with an awareness of what information people had available. And that is true today as well.

Would you say that history repeats itself?

History, of course, does not repeat itself. That's a great myth. But it contains many things we can learn a lot from, and it is good to contextualize them and see what actually has been done already. I think that because the present is very fast, we tend to forget more quickly.

What should we do to not lose ourselves in this world?

We are definitely helped by the media in scanning our world today. But it is definitely no longer possible to get by with following the domestic media only. We need to have an overview of what is said about an issue in other countries and to critically reflect on it. Just reading a brief overview of the news from a few European states gives us quite a different perspective on a particular issue.

From what you are saying, I can see you have great enthusiasm for everything you are engaged in. What does your academic career give you most?

I find academic work rewarding on several levels. It's not just about studying somewhere in the archive. My work is connected with organization and management, establishing new contacts, constantly exchanging experiences with students and colleagues, etc. When I decided to study territorial studies at the age of 19, my family, like many families of our students, had to explain to those around them what it would all be good for, without being sure of the answer. And today, I can see that the knowledge and skills I have and which we pass on to our students are applicable in an incredibly diverse range of areas. I am happy to be part of it, and I can be similarly helpful to the students who have chosen to study with us.

Thank you for the interview.