In today‘s society, our graduates are among the most valuable of what is valuable, says Jakub Končelík

With the director of the Institute of Communication Studies and former Dean of FSV UK Jakub Končelík not only about the current state of the media, coping with the coronavirus crisis at the institute, or the role of social sciences in today’s world. 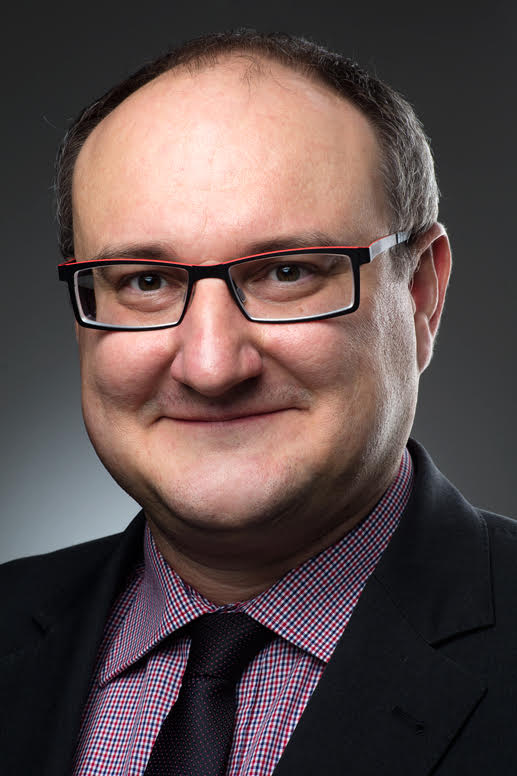 At FSV UK, you went through a development from being a student to becoming the Dean. How long have you been active here?

I joined the Faculty of Social Sciences in 1994. I have been in the Hollar building for amazing 26 years and it can be said that I have been at the faculty almost throughout all its development.

What comes to your mind when you return to your very beginnings here?

The whole faculty was squeezed in here in the Hollar building at the time, although we still had some rooms located along the way from here to the Celetná street. It really pulsated with life here - I remember the hallways being permanently crowded. Today, it is quite surreal to imagine that every corner of the building housed one of the institutes, which now occupy separate floors or buildings. For example, in the corner office where the Department of Marketing Communication and PR is now located, there actually used to be the entire IKSŽ. Or in the corner, where we have a secretariat today and where my office is, the entire Institute of Economic Studies used to be located there. However, it should also be noted that there were fewer students then than today.

Did you always want to study journalism?

And you have remained faithful within your profession as well. Why did you decide to stay in academia?

It was by a twist of fate that I chose the topic of the “Journalists in 1968” for my Bachelor’s thesis, and I got completely enchanted by it. My supervisor was associate professor Köpplová.  In the mid-1990s, when I was drafting my thesis, it was a topic not treated yet, I was actually one of the first to systematically address it here. It seemed quite natural for me to further elaborate on it in my Master’s and later doctoral thesis.

You are also a member of the board of the Institute for the Study of Totalitarian Regimes. Can it be said that the history of communist totalitarianism is your lifelong topic?

Basically yes. Although there are many other researchers now in this field who have made it much further than I have, it is still an area of immense interest to me. The events of 1968 are, in fact, a laboratory in which we can observe how the authoritarian regime changes dramatically and again returns to its original state after half a year. There is much to be shown on this. The totalitarianization of society through concrete steps is really clearly visible there. I also use it to try to show some general principles that we can apply to contemporary social processes.

That brings us to the present. What do you see as the biggest change in the field of media compared to the situation before ‘89?

Until the late 1980s, centrally managed media were virtually the only source of information freely available to the public. In addition, there were unofficial media accessible in a relatively limited way, and then ‘rumours’ – called this way already during the Protectorate. It was a relatively closed communication model that is quite difficult to enter, while we are currently living in a very open mode, with traditional media dying out because some consumers have stopped trusting them, for example due to a change of their ownership.

Yes, parallel communication channels are emerging, not only on social networks, but also various alternative news platforms, which very intensely support all those attempts at an alternative interpretation of the world and conspiracy theories. In addition, we are currently in a situation where the content of professional media is often created by an individual who is erudite much like the conspirator on the web, which in turn weakens confidence in traditional media. The whole thing then turns into a cycle that is quite unfortunate.

How would you assess the current situation around the epidemic in terms of the media?

I think that the media coverage of the whole social situation has been undoubtedly sufficient, the topic has been discussed practically everywhere. At the same time, however, we have been witnessing the trend in recent years that the media are losing the position of opinion leader. I do not know whether the journalists themselves are to be blamed, as I think it is due to the overall weakening of confidence in traditional media outlets.

What do you think the media could be doing differently during the current crisis?

I think that journalists should challenge the government and its communication skills much more often than has been the case so far. From the very beginning of this crisis, the media should have asked more about the government’s strategy, about where we are heading. In my opinion, in this regard journalists regularly fail and have been failing for a long time. However, the question is whether there is any demand for that on the part of their audience.

So do you see any priority, any key skills that future journalists here at the faculty should be guided towards?

At present we are losing what we basically asked of journalists from the moment when the media was constituted in the form we know today. To become the initial filter, the ones who are able to assess and verify the information, so that it is suitable for further distribution and is credible to the public so that it would no longer need to be further verified. This is a skill that we have always tried to instil in would-be journalists here at the faculty, and I am glad that we continue to do so.

And how are you coping with this difficult period at your institute?

I am convinced that we have adapted to the situation very successfully and have been able to transfer teaching to its online basically from day to day. Where we have identified some weaknesses - also thanks to the feedback from our students in the form of a regular evaluation of teaching - we have worked on the remedies and I think that we are now handling everything at one hundred percent. In addition, I think that the situation has accelerated the development of our institute.

If I take it positively, last year was a turning point for us in that we at the institute progressed enormously in terms of the use of modern teaching technologies. We had tried the use of online space in the teaching process to a limited extent before the epidemic as well, but now we have been forced to go online completely en masse, and the positive thing I see in this is that that this style of work has also been pursued by colleagues who would have normally not committed themselves to it. And on top of that they have found out that they can do it.

What are your plans for the coming months?

So the priorities are clear - to survive. We must meet all our responsibilities, overcome this situation and maintain the quality of teaching we offer, which we are accomplishing very well.

And what are your long-term plans, what can your students and staff look forward to?

I would like to enhance the internationalization of the institute. For a long time, I have been trying to strengthen the mobility of the members of our academic staff and students. The past year was very successful in this respect - colleagues who had not used these trips before started travelling to our partner workplaces as well. At the moment we have four foreign academics at the institute, and my goal for the future is to strengthen our entire team by two more. My dream is to build a strong team of foreign experts who will deal with the issue of media education, which in my opinion is a key area to the development of which our institute should contribute.

Who other than the university should show the shortcomings and current needs in the level of media culture and education? I am convinced that this is our task and that academic staff anchored outside the Czech academic environment, who follow this topic from a broader perspective and have an overview of the state of media education in other countries, should play a large part in its fulfilment.

We are slowly approaching the end of our interview. Last year, our faculty celebrated thirty years of its existence. What do you think is the role of the social sciences in contemporary society?

What the humanities and social sciences generally offer, and what is currently deeply underestimated, is the ability to adapt and understand social processes. Physicians or engineers who are specialists in their fields have a relatively narrow scope of activity and have to find – with some difficulty- the ways how to understand society and what is happening in it. I deeply believe that without social science education, our society would soon end badly, and that if we are to maintain all the good that our civilization has produced over many centuries of its development, we need a group of educated and wise people who can always do the right thing, step in at the right time and warn us - in the situations with the potential to lead society in the wrong direction.

How can graduates of the Institute of Communication Studies and Journalism contribute in this regard?

At our institute, we educate among those who understand social processes the elite - experts with education at a level comparable to international standards, who are also endowed with the skills necessary for professional growth in the occupations related to working with information.

In today’s society, where the media intervene in virtually every area of human existence, our graduates are among the most valuable of what is valuable. If we fail, then there is ultimately the risk that society as a whole will fail. But I am an optimist and I believe that it is us who will not allow it.

Thank you for the interview and all the best to you!