Alessandro Testa – Interview about the ERC CZ Project, doing research in Prague and Czechia, Religion, and the COVID-19

In recent days, Alessandro Testa from the Institute of Sociological Studies has received the prestigious ERC CZ Starting Grant for his project “The Re-Enchantment of Central-Eastern Europe”. Read about the project and more in the latest of our series of interviews, which introduce our faculty's personalities. 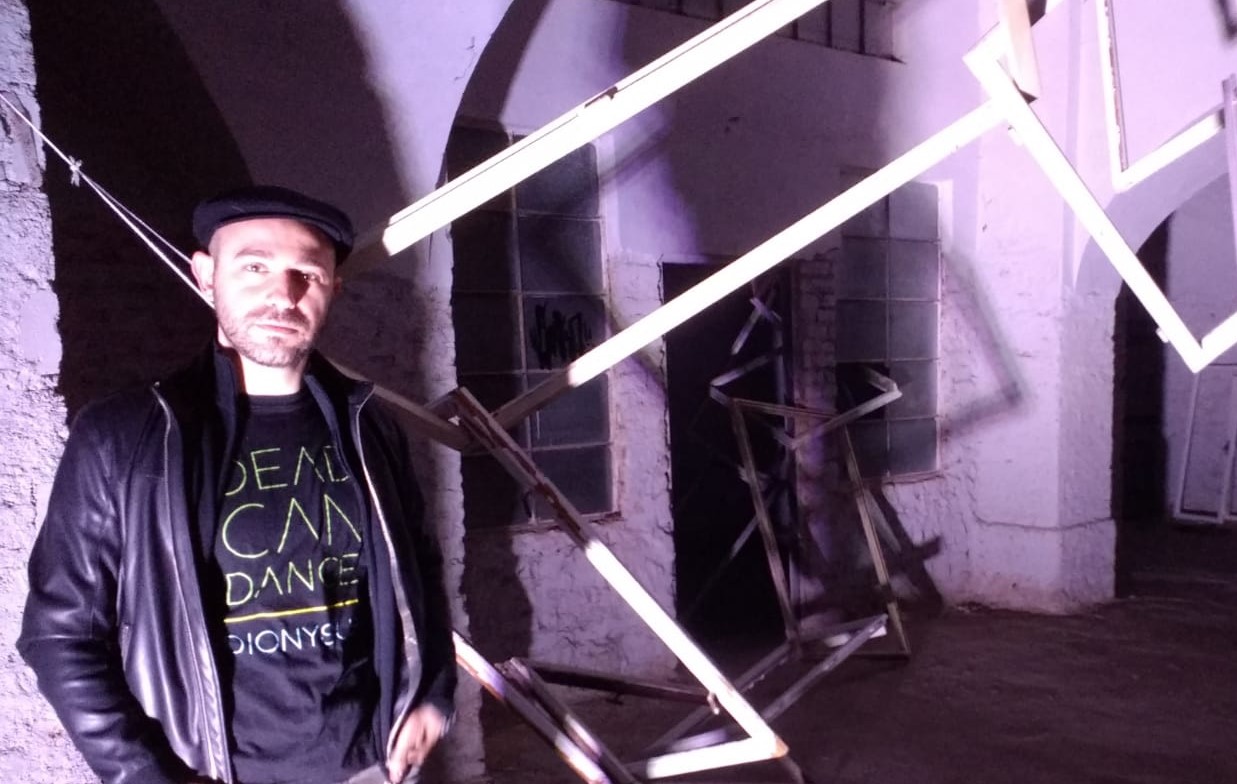 You have been in the Czech Republic for quite some time. What brought you here?

I have been in the Czech Republic for different periods, some longer, some shorter, for a total of three years now. What brought me here was my first postdoc at the University of Pardubice, which I started soon after the end of my PhD, in 2013. The postdoc ended in 2015 and I moved to Vienna. Before then, I had already visited Prague as a teenager, in 2002. I fell in love with Prague at that time, and I am still in love with this city, its history, architecture, art, and literature. In this respect, I represent a rather well established “Italian pattern”: Italians love Prague. But I have also come to discover and appreciate the rest of the country, too. The Czech Republic is a beautiful land and I am glad to live here.

You have been at FSV UK for one year now. Have you enjoyed your stay here?

So far yes, absolutely. I think it is a very positive working environment for my research and career, and all the more considering that my research also focuses on the Czech Republic, therefore being able to move all around the country from Prague is beneficial. And also considering that I need to improve my Czech! However, in the last month our lives have being ‘paused’, because of this troubling pandemic. So for the time being “working environment” mostly means reading and writing at home, and teaching from home.

Can you briefly present the project “The Re-Enchantment of Central-Eastern Europe”, which received a prestigious ECR CZ grant? What is its main aim?

This research project embraces the perspective of a critical and historical anthropology of religious beliefs and practices in central-eastern Europe after 1989. With the notion of “re-enchantment”, I refer to the emergence or re-emergence of religious phenomena that are less structured and less formalised than “official” or established religions. Such phenomena have been presented and theorised in the research project. The project will test the hypothesis of this “re-enchantment” and investigate historically, ethnographically, and comparatively its structural reasons and cultural conditions.

The main aim is to understand the historical dynamics and social factors that have determined this transformation in central-eastern Europe. In order to do this, a team of five researchers will conduct ethnographic and archive research in five different locations: Eastern Germany, Czechia, Slovakia, Poland, and Hungary, using a variety of sources and interacting with a variety of social agents in order to gather relevant empirical evidence.

What are the main project outcomes? You said you would like to present them to a wider audience.

The project will allow me and the research team to produce a number of scientific publications about the research topics. I plan to organise a conference or a workshop, too.

I also consider the dissemination of publicly-funded research to the wider audience of non-specialists an important part of our work as scientists. I will try to keep faith in this spirit and optimise the visibility and impact of the project outcomes.

Regarding the project, what will your first steps be?

I am still awaiting instruction from the research and administrative offices. I think that recruiting the personnel and allocating the different tasks to all the people involved is a very important part of the first phases of a new project. And of course we will have to proceed with the call for hiring the other researchers rather soon.

You are interested in a broad spectrum of research fields: anthropology, history, and religious studies, but you also have a strong interest in philosophy, literature, linguistics, and biology. Is there any links between them?

Oh, many! Although that is not always clear at first sight. Anthropology of religions and history of religions are two closely connected subfields, sharing the same founding fathers in the 19th century. Just as strongly connected are historical sociology and historical anthropology, and these two with the more recently established interdisciplinary subject called cultural history. Very often, the objects of enquiry of these disciplines are the same, although they are investigated from different methodological angles. If I had to choose one common denominator associating them, I would probably choose cultural comparison. Unfortunately, though, professional and scientific sectoralization have set these studies totally apart from each other. As much as possible, however, I try to have a more holistic and comprehensive approach, but I admit that this is often easier to say than to practise.

As for the other interests, they fulfil my intellectual life, along with music and art. I consider them a personal heritage that I always carry with me, informing my thinking, my writing, my ethics, and my behaviour without necessary appearing in the list of my sources.

At present, the world is going through a difficult period. Is there any lesson in history that is still relevant today?

Hardly, as the globalised, interconnected world of these late modern times is very different from any other epoch in the past. For example, the Black Death, the biggest plague in human history, which wiped out half of the European population in just a couple of years in the 14th century, originated somewhere probably not too far away from contemporary China, but it took it more than 5 years to reach Europe, whereas our Corona virus affected the entire planet in a matter of days. The mortality rate of this virus is fortunately also much lower than any major pandemic known to history, thanks to modern biomedicine of course. Different phenomena require different explanations and political responses, and although history is most definitely magistra vitae, as Cicero famously put it, its lessons might not apply similarly to all epochs. The Italian philosopher Giambattista Vico had a cyclical vision of history, but the Greek philosopher Heraclitus also taught us that one never steps into the same river twice.

It is interesting to notice that religion played a major role in the history of past European pandemics, in many different ways, whereas it is evident as in the more secularised present times, Europeans deem science a more reliable tool against the contagion and the other evils of the world. (However, we should also retain a critical attitude and beware not to embrace a naïf scientism, for it must be said that some products of applied science and technology have also brought us to the verge of ecological catastrophe). But are science and religion really mutually exclusive? I hope that my research project will shed some light onto this other aspect, too.